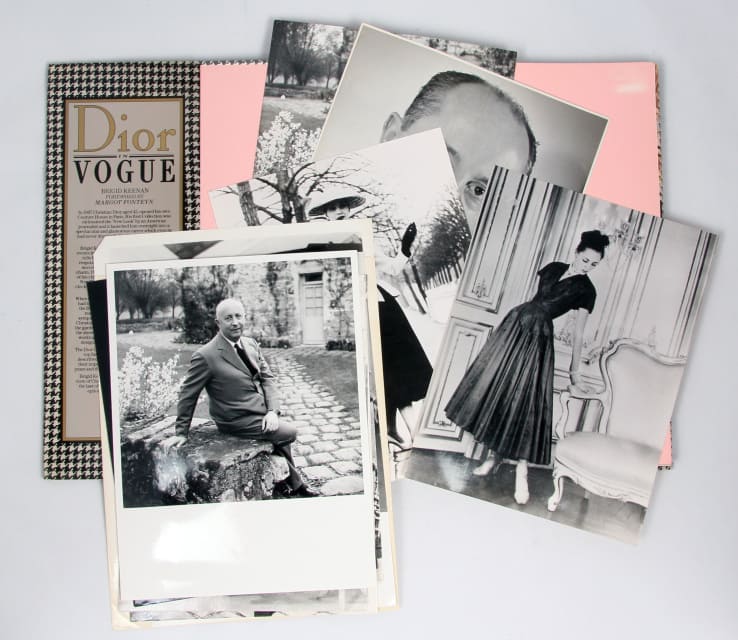 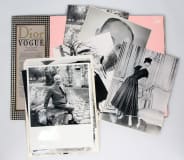 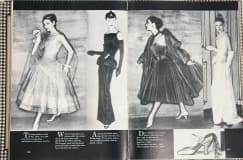 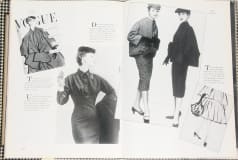 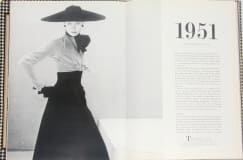 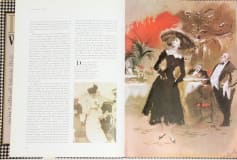 [Press Photos Laid In] Keenan, Brigid. Dior in Vogue. First Edition. 1981. Book and dust jacket are both in very good condition. Laid into this copy are thirteen b & w photos depicting Christian Dior and his creations. A handwritten note states that they are from the years 1947-1957. Some are stamped “Christian Dior, Paris” on the reverse.

Forget James Dean. The cultural icon from the 1950s that died tragically young, captured the imagination of the world, and set women’s hearts aflutter was middle-aged couturier Christian Dior. This well-illustrated book presents Vogue photos and features on his collections, from 1947’s New Look to 1957 (the year he died).

“Dior’s New Look Collection had done more than make him famous, it had also re-established Paris as the hub of the fashion world.”