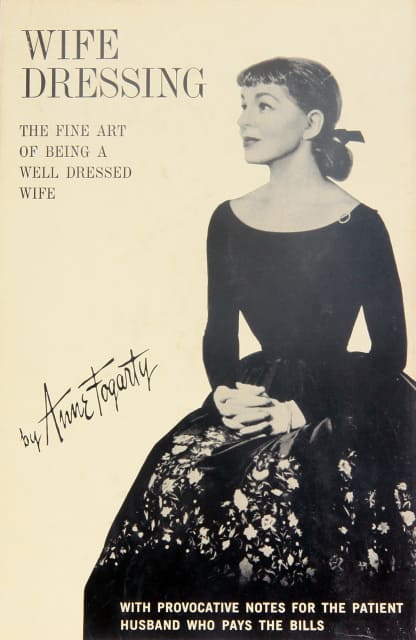 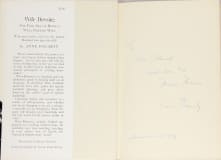 Wife-Dressing, The Fine Art of Being a Well Dressed Wife, Signed by Anne Fogarty

Does the title “Wife-Dressing” run afoul of today’s sexual equality standards? If so, one should ignore the cover and read it anyway. The advice on style and sophistication is as relevant now as it was then. Moreover, its principles could easily be interpreted broadly and be applied to the wardrobe of the 21st Century husband. The exquisite Fogarty was the designer responsible for the American Look in the 1950s and then went on to have a brilliant career with Saks Fifth Avenue. The book was reprinted in 2007, but this first edition is the more attractive.
“’Chic’ is a word I’m sure Shakespeare would have used—if the word had been part of the English language at the time—and if it had been ‘chic’ to use it.”
--Anne Fogarty