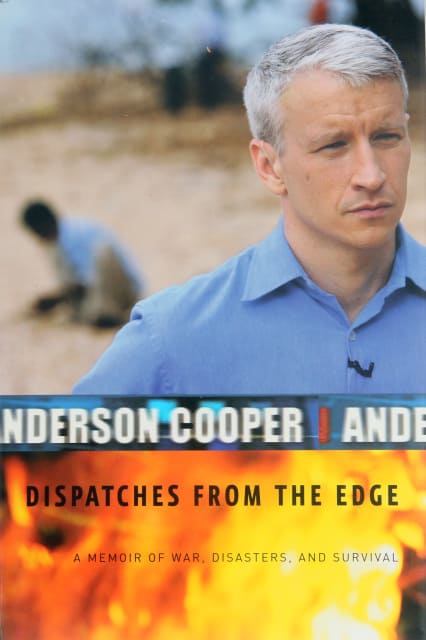 Dispatches from the Edge, Signed by Gloria Vanderbilt to Kenneth

SKU:
$100.00
$100.00
Unavailable
per item
[Signed by Gloria Vanderbilt to Kenneth] Cooper, Anderson. Dispatches from the Edge, A Memoir of War, Disasters, and Survival. Fourth Printing. 2006. Book and dust jacket are both in very good condition. Book is inscribed by Anderson’s mother Gloria Vanderbilt (to whom this book is dedicated), “To Kenneth across the years . . . Gloria, July 2006.” Below the inscription Vanderbilt has drawn a heart with a line through it.

The CNN anchorman and television personality writes that he had long tried to compartmentalize his personal life from the tragedies on which reported from around the globe. In this memoir, he attempts to reconcile them.

“I still wish I knew what my brother was thinking when he put his feet over the balcony outside my room. It’s doubtful I ever will. He was a young man who wanted to be in control. In the end, he simply wasn’t.”