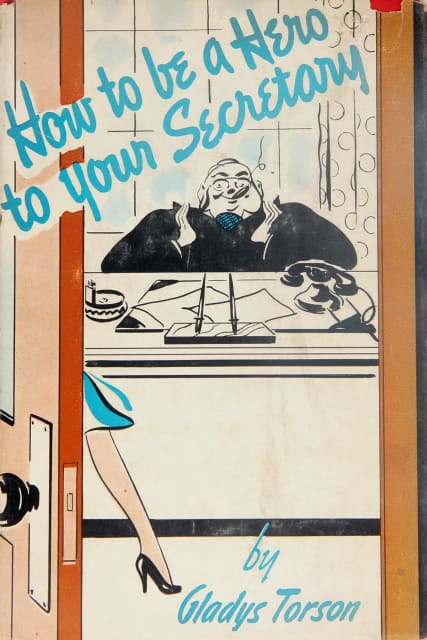 How to Be a Hero to Your Secretary, A Handbook for Bosses

SKU:
$125.00
$125.00
Unavailable
per item
Torson, Gladys. How to Be a Hero to Your Secretary, A Handbook for Bosses. First Edition. 1941. Book and dust jacket are both in very good condition—tiny chip to jacket’s front cover. Illustrated by Richard Priest.

This book, written in the early years of World War II, proposes that the role of a boss is that of “office dictator” and laments that good office dictators “are as scarce as independent small countries in Europe.” It sees the problem as twofold: one, some bosses are aware they are tyrants but do not see the utility of reform and two, other bosses are blissfully unaware of their bad conduct. The book extols the benefits of being a good boss and then lays out the principles for becoming one. Includes full-page cartoon illustration.

“It would be a good thing for all men if they knew what their secretaries thought of them.”
--Gladys Torson
Sold Out
Add to Cart