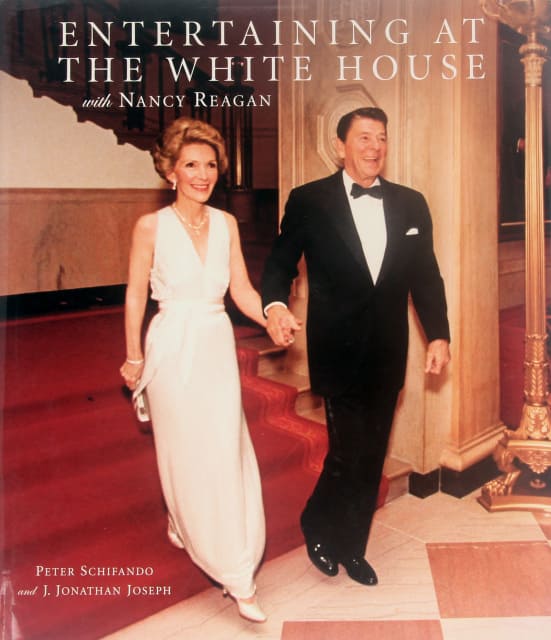 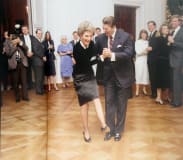 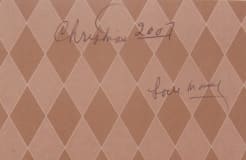 Entertaining at the White House, Signed

[Signed] Schifando, Peter. Entertaining at the White House with Nancy Reagan. First Edition. 2007. Book and dust jacket are both in very good condition. It is inscribed by Peter Schifando and the co-author J. Jonathan Joseph. The recipient was a member of the Friends of the Reagan [Library] Foundation. Laid in is a “scenario” card for the first Regan state dinner, which was for Margaret Thatcher on February 26, 1981.

Though their husbands were of different political parties, Nancy Reagan, like Jacqueline Kennedy, brought both a sense of history and glamour to state dinners. This image-filled book focuses on the Reagans but also covers past administrations.

“I believe that all presidents feel isolated at one time or another. So if you can’t go out into the world as much as you’d like, it’s important to bring the world to you.”