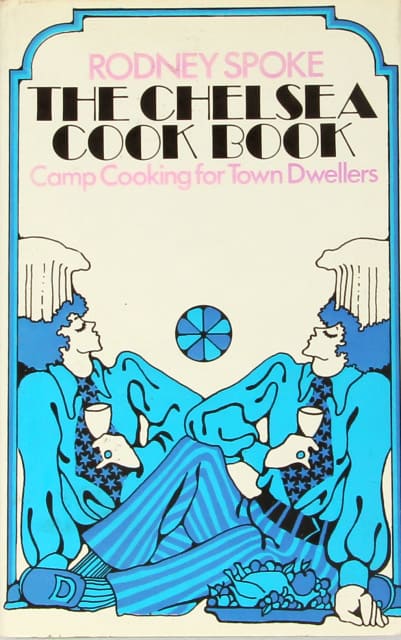 Puns and bawdy double-entendres are the side dish in this cookbook, an homage to the fashion and cultural scenes of late 1960s London. It salutes both high camp and haute cuisine. One caveat: to prepare its recipes, budget five minutes to decipher them from British Camp into Standard English and additional two minutes for mirth. Laughter and fun are the point of the book, and the author’s intention is for this to translate to the table. Never published in the United States.

“Many bona viveurs will not be satisfied until they’ve had their meat. So it’s most important to have a good butcher (and no one could be butcher than ours).”