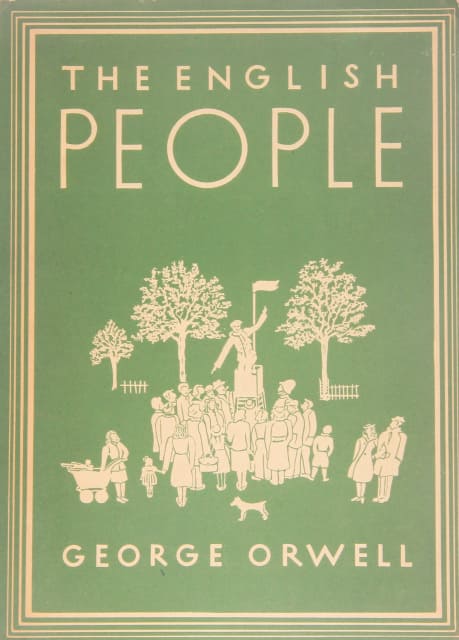 Orwell, George. The English People. First Edition. 1947. Book and dust jacket are both in very good condition—endpapers are discolored.

It was once said of George Orwell that he “could not blow his nose without moralizing on the conditions in the handkerchief industry.” As such, he might be considered a dark horse candidate to author an installment on the history and culture of England for the British People in Pictures series. Though he indeed writes “on the bias,” he offers an engaging account of the English, the myriad dialects of their language, their culture, and their class system. Though a slender book (forty-eight pages), it includes eight color plates and seventeen b & w illustrations.

“The greatest quality of English is its enormous range not only of meaning but of tone. It is capable of endless subtleties, and of everything from the most high-flown rhetoric to the most brutal coarseness. On the other hand, its lack of grammar makes it easily compressible. It is the language of lyric poetry, and also of headlines.”