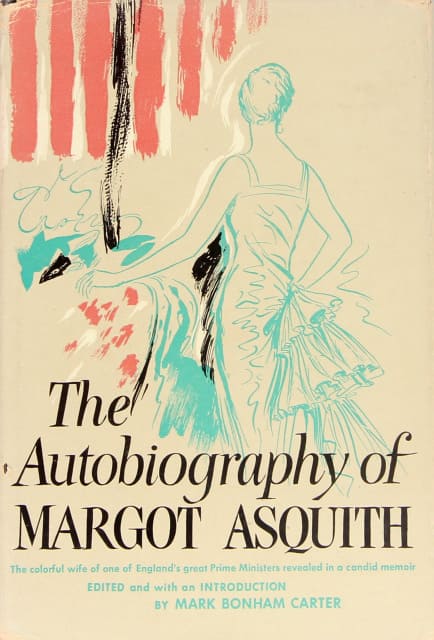 The Autobiography of Margot Asquith

Margot Asquith theorized, “Want of courage is what makes so many people lie.” Asquith’s own valor was unmatched, and as such, friends and enemies alike had the opportunity to read what Asquith actually thought of them when the first volume of her autobiography was published in 1920. It makes for great reading. It is original, imaginative, and portrays Asquith as both a tremendous snob and freethinking innocent. This American edition is an abridged version of all four volumes that were published in England between 1920 and 1922.  It was edited by her step grandson Mark Bonham Carter (great uncle to the actress Helena Bonham Carter).
“My dear old friend King George V always told me he would never have died but for that vile doctor, Lord Dawson of Penn.”
--Margot Asquith