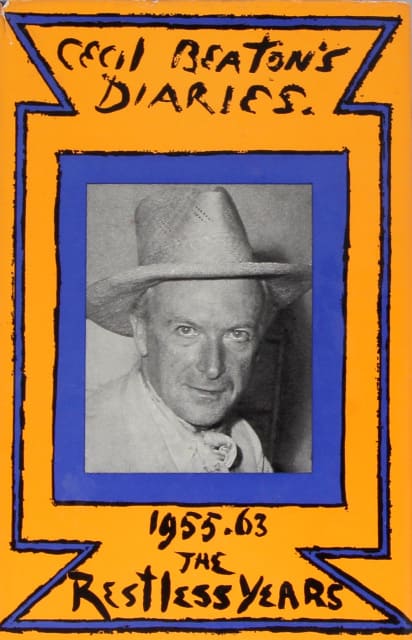 Perhaps Cecil Beaton thought of the years covered in this volume as his restless ones, because his “feet hardly ever seem to touch the ground.” He travels the world, visiting exotic locales and also Paris, New York, and Los Angeles. Friends like Diana Vreeland, Truman Cooper, and Greta Garbo make repeat appearances. He also recounts a grand ball given by Barbara Hutton in Tangier and an argument with Alfred Hitchcock at a movie screening hosted by Edie Goetz. There are also descriptions of visits with Coco Chanel and Prince Felix Youssoupoff in which not one fascinating detail goes unnoticed by him.
“Thirty-five years ago I could think of nothing more wonderful than going to Hollywood to work on designing a great film. But Hollywood has changed and so have I.”
--Cecil Beaton