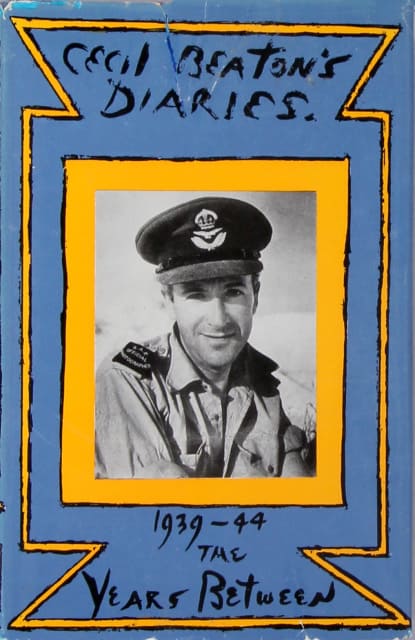 Beaton, Cecil. The Years Between, Diaries: 1939-44. English Edition. 1965. Book is in very good condition; dust jacket is in good condition—jacket shows repaired tears, creasing, and shallow chip to the back cover.

Cecil Beaton’s second volume of diaries begins as World War II looms, and he worries that a war “is specifically designed to show up [his] inadequacy in every possible capacity.” Such a concern is typical of a perfectionist like Beaton. However, subsequent entries prove his doubts were unfounded, as he travels the world as official photographer for the British Ministry of Information. In between sojourns, he writes about how the war has affected the lives of society friends like Diana Cooper. Includes b & w photographs.

“In the absence of telephone and telegram the art of letter writing is again practised. The war has made correspondents of us all.”