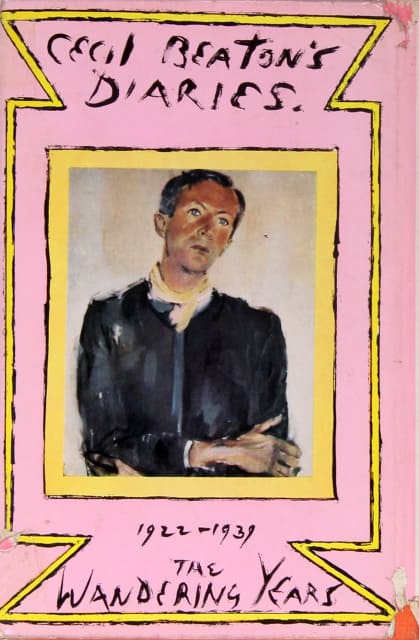 Beaton, Cecil. The Wandering Years, Diaries: 1922-39. First English Edition. Book is in very good minus condition; dust jacket is in good condition—jacket shows chips and tears, most particularly to the spine, but the damage is concealed with a facsimile underlay.

In this, his first volume of published diaries, Cecil Beaton laments, “What a fatuous fool I am, living in a largely self-invented world of wit, brains, and money.” It was a realm he continued to inhabit for six decades, so one imagines he reassessed his situation. However, self-doubt was a continuing theme for Beaton, because though he was often accused of being a snob, the target of his derision was often himself. This first volume makes for fascinating reading, as Beaton becomes the toast of London, begins working for Vogue, and travels to New York and Hollywood for the first time.

“What a fatuous fool I am, living in a largely self-invented world of wit, brains, and money.”