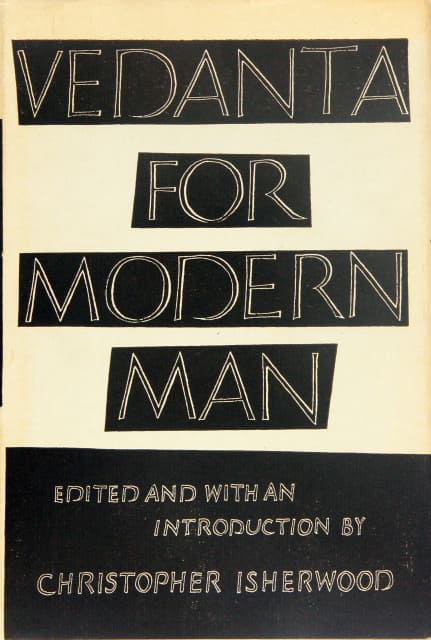 Vedanta for Modern Man, Signed by Christopher Isherwood, Aldous Huxley, and Three Others

Eastern Mysticism made its first appearance in the United States with Emerson and Thoreau, but like so many cultural trends, it required the magnetism of Hollywood to take root. Christopher Isherwood was an early proponent. He practiced Vedanta, a Hindu-based spirituality emphasizing self-actualization and the unity of all religions. He and other California-based practitioners sought to define it for the West in this fascinating and lovely book. With the signatures of five contributors, an important historical document.

“The unillumined mind is physically incapable of imagining Brahman; for it deals in pictures and words, and Brahman eludes all description.”