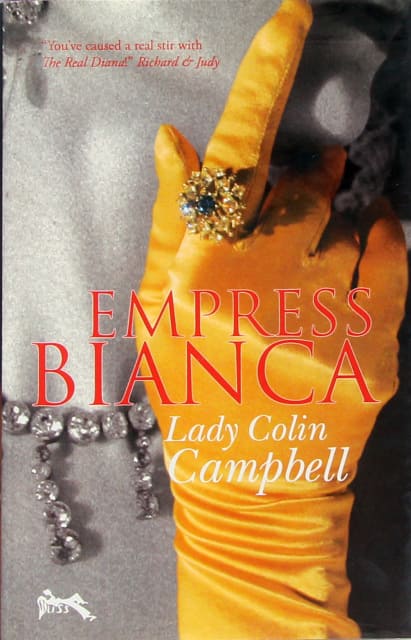 Nothing is more intriguing than a book pulled from the shelves as result of a lawsuit, which is the case here. Litigation initiated by Lily Safra, who apparently saw some of herself in the heroine of this story, sent most copies to the incinerator, and the few survivors were priced accordingly. The book is a barely disguised roman à clef of international society, and the criminal acts that sometimes occur there. A sanitized softcover version was later printed in the United States, but only this scarce original edition contains the material that provoked Mrs. Safra to contact her lawyers.

“When your mother is reputed to be one of the richest widows on earth, and you know that she ranks alongside Catherine the Great when it comes to getting away with murder, you tread carefully.”