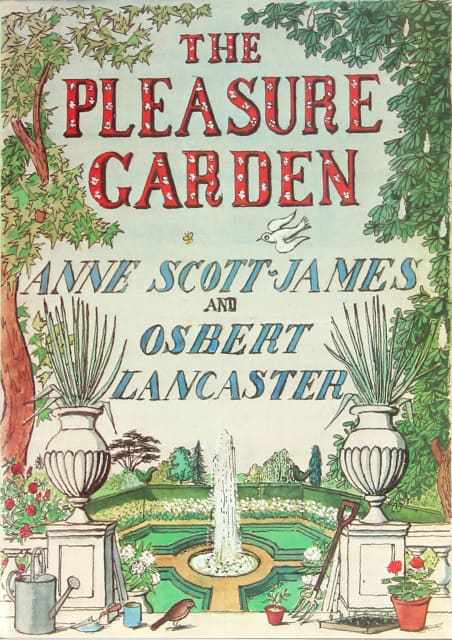 The Pleasure Garden, An Illustrated History of British Gardening

It is no surprise that in a nation like Britain, where country living is elevated to an art form, the history of gardening becomes the story of the nation itself. The book traces two thousand years of gardening, from its Roman origins to the mid-20th Century state. Osbert Lancaster’s illustrations were the catalyst for the book. The text was written by his wife Anne Scott-James, a leading authority on the subject. The book is charming, amusing, and readable. It makes no apologies for not being encyclopedic (nor should it).

“The Romans, among their other achievements, invented the British country gentleman.”