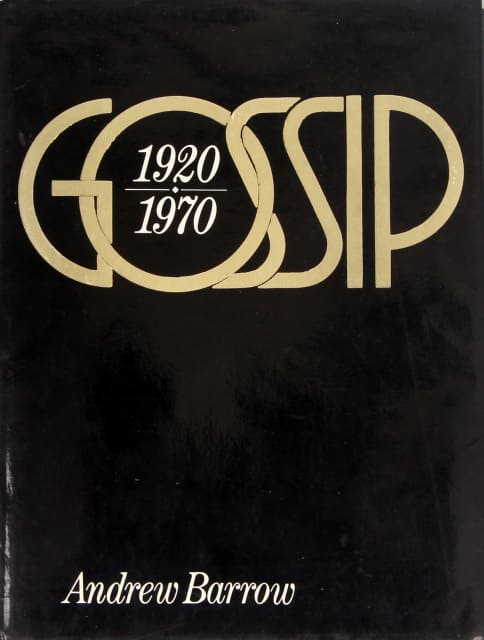 This unique book is a series of journal-style entries, culled from London’s gossip columns, revealing the ebbs and flows of midcentury society in all its forms—the Peerage, café society, film, fashion, theatre, art, etc. It is a cast of hundreds, with frequent appearances by Winston Churchill, Cecil Beaton, Emerald Cunard, Wallis Simpson, and Diana Cooper (to name a few). What is great about this book is that it is organized chronologically, so the story arcs of the various personalities are told in real-time. Includes b & w photographic illustration throughout.

“On October 15 [1964], seventy-two-year-old Lady Diana Cooper was fined £17 at Maidenhead for overtaking a queue of cars on the near-side in her Austin Mini. Lady Diana expressed her surprise in court that the off-duty constable who reported the incident ‘could be such a sneak.’”