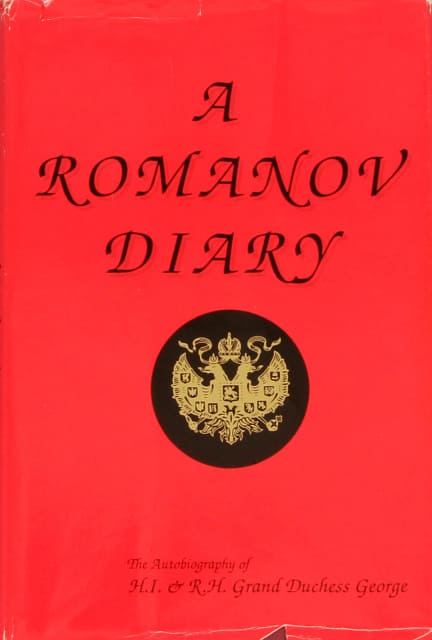 The book could just as easily be titled after the royal families of Greece and Denmark. Grand Duchess George was part of both. She was also within one degree of affinity to the royal houses Germany and Great Britain (Prince Phillip was her nephew). Written four decades before they were finally published, the book covers her life story, from the heyday of the European monarchies during Queen Victoria’s lengthy reign to the post-World War I era when they began falling like dominoes. Includes eighty b & w photographs taken from family albums. Uncommon.

“There was . . . a rather amusing mixture of languages in our household. We [children] spoke Greek to each other, but English with our parents. My father and mother talked to each other in German.”