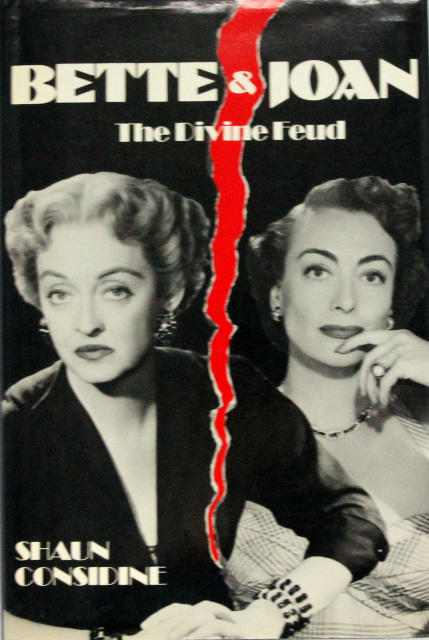 Considine, Shaun. Bette & Joan, The Divine Feud. First Edition. 1989. Book and dust jacket are both in very good condition. This copy is from the library of the Hollywood agent Ed Limato with his bookstamp.

This book recaps the glamorous feud that Davis and Crawford maintained for forty years, culminating in their beyond belief antics on the set of their only movie together, the 1962 horror classic Whatever Happened to Baby Jane?. Davis considered herself far more talented than Crawford and deeply resented her rival’s enduring popularity. The book contains many of the hilarious insults Davis fed to the press, such as Joan "slept with every male star at M-G-M except Lassie." And also, "Even in her bath, Joan Crawford looked as if she were about to make a public appearance, just in case a crowd happened to drop by." So amusing.

“You don’t have to be beautiful. Joan Crawford, who is far from beautiful, ha[s] maintained and even increased her popularity nearly a decade.”