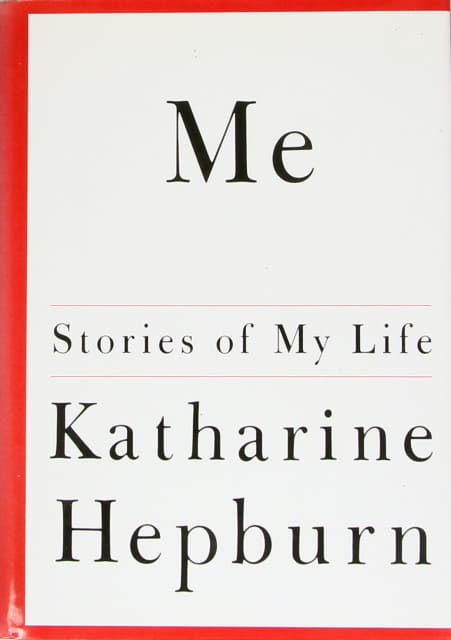 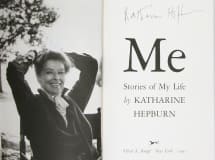 Me, Stories of My Life, Signed by Katharine Hepburn

[Signed] Hepburn, Katharine. Me, Stories of My Life. First Edition. 1991. Book and dust jacket are both in very good condition. Signed “Katharine Hepburn” on the title page.

The American Film Institute ranked Katharine Hepburn as number one in its list of the top Hollywood actresses. A legend in her own time and now in ours, Hepburn recalls the ups and downs of her long career. She also discusses her carefully guarded private life, including her romances with Howard Hughes and Spencer Tracy. At over four hundred pages, it is one of the more serious efforts by a Hollywood film star—and written without the assistance of a ghostwriter.

“I am like the Statue of Liberty to a lot of people. When you’ve been around so long, people identify their whole lives with you.”