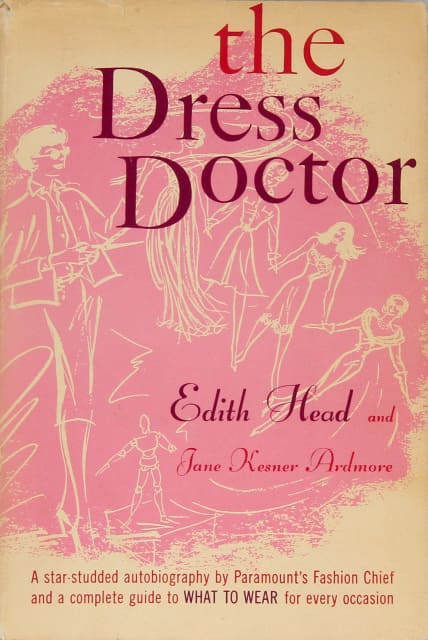 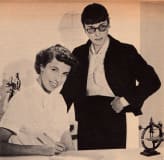 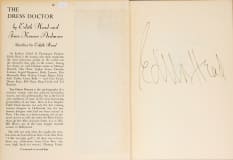 [Signed] Head, Edith. The Dress Doctor. Fourth Printing. 1959. Book and dust jacket are both in very good condition. It is boldly signed “Edith Head” on the flyleaf. Co-written by Jane Kesner Ardmore.

It has been said that Edith Head gave great costume. It turns out she also gives excellent advice. This book, by Paramount Studio’s “dress doctor” who was nominated for an astonishing thirty-five Academy Awards, serves dual purposes. It is both memoir and sartorial how-to. In the first part of the book, Head dishes on the actresses she dressed—Barbara Stanwyck, Bette Davis, and Audrey Hepburn, to name a few.  The second half contains fashion advice by Head and a guide to what one should wear to events as diverse as a night at the bowling alley and an African safari.