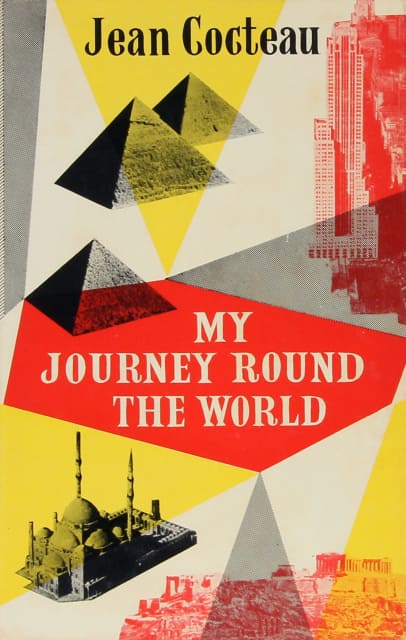 Jean Cocteau, My Journey Round the World

Cocteau, Jean. My Journey Round the World. First Edition. 1958. Book and dust jacket are both in very good condition—jacket spine shows a minor chip and light fraying.

Jean Cocteau once commented, “Art is a marriage of the conscious and the unconscious.” In this fascinating account of his circumnavigation of the globe, that idea is very much in evidence. His voyage is as deeply rooted in the mind as it is on the earth. Egypt, India, China, Japan, Honolulu, San Francisco, Hollywood, and New York—he makes all the stops one would expect of a mid-20th Century traveler. Yet what he sees and observes is altogether different. Uncommon: never published in the United States.

“Time does not exist. One you stop falling in with the official conception of time, it ceases to hold the same reality.”