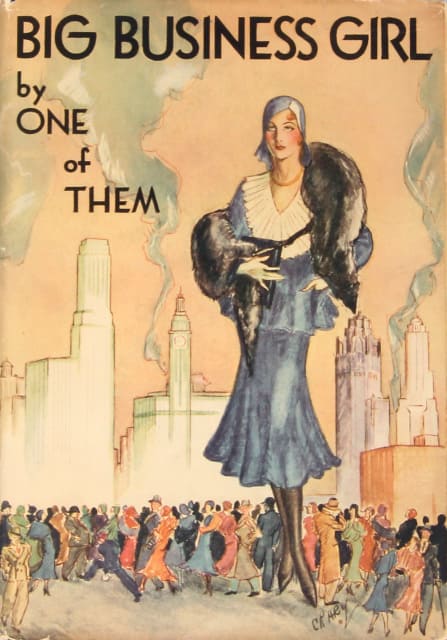 Big Business Girl by One of Them.

Anonymous. Big Business Girl by One of Them. First Edition. 1930. Book and dust jacket are both in very good condition—jacket shows mild shelfwear and light creasing.

The pretext of this novel is that it was written by a female author who had indeed made a career for herself in a man’s world. Based upon the jacket art, the heroine bore a striking resemblance to Joan Crawford, and it does seem the sort of role for which Crawford was known. Alas, there was a film version of the book within a year, but it starred Loretta Young. The book follows the protagonist as she moves from sorority co-ed to successful career woman whose triumph in the office complicates her love life.

“Business was no longer a masculine retreat. Women could go to offices and forget that they were really soft—needed love more than anything in the world.”