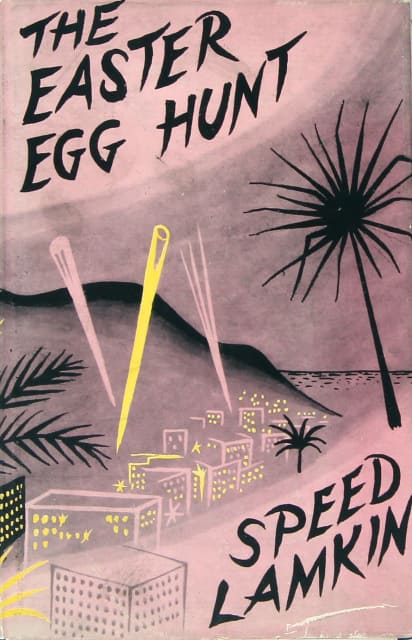 Ned Rorem referred to Speed Lamkin as the “poor man’s Truman Capote,” but Lamkin was more original than that. He was a Southerner with considerable means who sought to make a name for himself in Hollywood. He soon found himself in Christopher Isherwood’s set, which covered several fascinating and distinctly separate milieus—literary Hollywood, Beverly Hills society, and the homosexual underworld. It is those intersecting worlds about which Lamkin writes in this novel. The plot concerns a wealthy oil baron seeking to buy a film career for his young and pretty second wife.

“One of the faults of my character is that I cannot listen to refrigerator salesmen expounding their views of modern art; or society women, on books.”