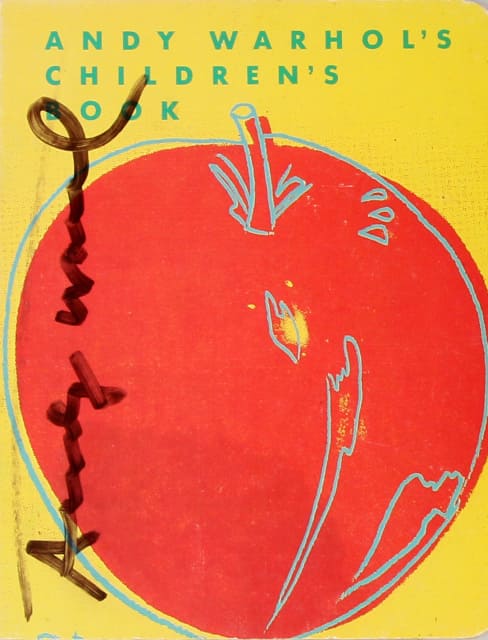 Published by the Galerie Bruno Bischofberger in Zurich, this exhibition catalogue is uncommon even unsigned. Measuring seven by six inches, it contains ten images (one per page) and no text. The paper stock is atypically thick (paper adhered to heavy cardboard). The illustrations are vibrant silkscreens with juvenile themes, including a panda as a tin soldier, a parrot, a toy robot, a playful puppy, a clown riding a scooter, etc. With its bold Warhol signature over the bright red and yellow cover, it would look great framed (in shadowbox perhaps).

“In 1982 I asked [Andy Warhol] to create a group of small works for children. Andy responded with the Toy paintings, which I showed in my gallery in Zurich in 1983. Warhol designed wallpaper of silver fish swimming on a blue background which made the gallery look like an aquarium, and the paintings were hung at eye level for three- to five-year-old children.”