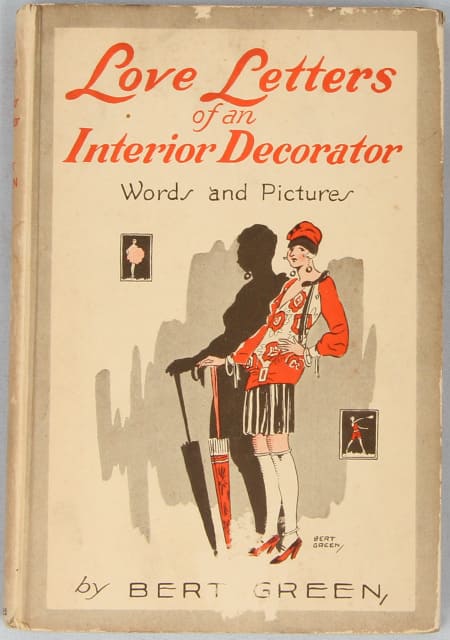 Love Letters of an Interior Decorator

This amusing novel, a quintessential product of the decade in which it was written, has a style and spirit similar to another tongue-in-cheek book from the 1920s, Anita Loos’ Gentlemen Prefer Blondes. The fanciful title seems to suggest a story concerning an interior designer in love. Not so. The protagonist’s clients, if they could legitimately be called that, were thirsting more for alcohol than good taste. In the era of Prohibition, “interior decorator” was slang for bootlegger, and a decorator was more likely to be smuggling alcohol than fluffing pillows.

​“Before the United States went for prohibition there were 7000 saloons in New York alone and today in the same place there [are] 150,000 speakeasys and the government gets is what [is] left in the glass.’