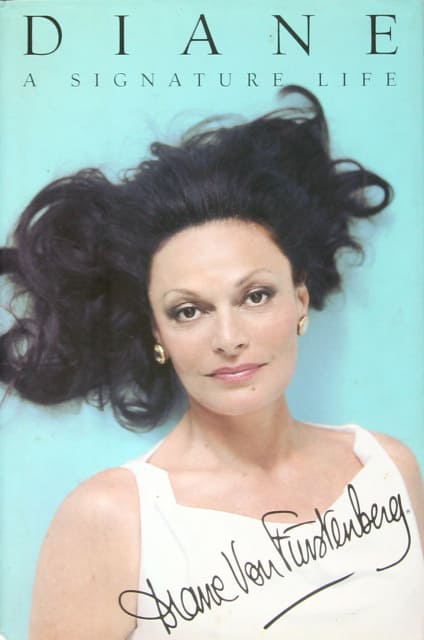 [Signed] Furstenberg, Diane von. Diane, A Signature Life. First Edition. 1998. Book and dust jacket are both in very good condition. Book is inscribed, “For the American Association benefit!! The best is more love is life is love in life. Diane von Furstenberg.”

Diane Von Furstenberg’s remarkable trajectory has been told in many newspapers and magazines, but here it is in her own words in a copy inscribed by her repeating her mantra: “love is life is love in life.” Her memoir is a testament to the power of positive thoughts and unapologetic self-confidence.  She was the daughter of Holocaust survivors who married a German prince and became a well-known fashion designer and the toast of New York while still in her early twenties. It is a grand story, and she tells it with humor and grace.

“I had occasional yearnings to be taken care of and to give up my independence, but the moments passed.”