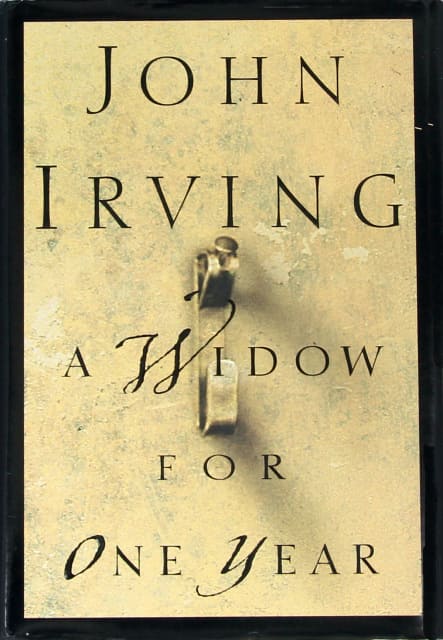 A Widow for One Year, Signed to Kim Basinger

[Signed Presentation to Kim Basinger of Book in Which She Starred in the Film Adaptation] Irving, John. A Widow for One Year. Fifth Printing. 1998. Book and dust jacket are both in very good condition. Book is inscribed on the title page, “For Kim, with my admiration and appreciation, and my best wishes for the film, John Irving.” On that same page is Kim Basinger’s ownership signature.

The first section of this three-part novel was filmed as The Door in the Floor, starring Kim Basinger to whom this copy is inscribed. The New York Times praised Basinger’s performance in the film and declared it “surely the best movie yet made from Mr. Irving’s fiction.” Considering Irving also wrote The World According to Garp, that is high praise, indeed.