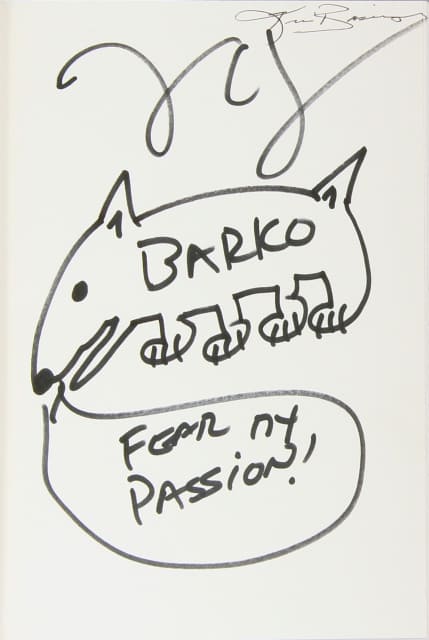 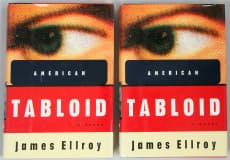 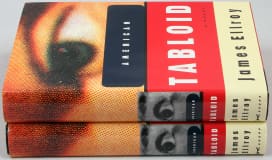 When James Ellroy visited Kim Basinger on the set of the movie adaptation of his book L.A. Confidential, the film for which she would win an Academy Award, he presented her with a signed copy of American Tabloid, his novel about the Kennedy assassination. He then left her trailer but returned a few minutes later with a second copy, explaining she also needed one signed by his dog, Barko, thus explaining the drawing in the second copy.

“It’s time to demythologize an era and build a new myth from the gutter to the stars. It’s time to embrace bad men and the price they paid to secretly define their time.”