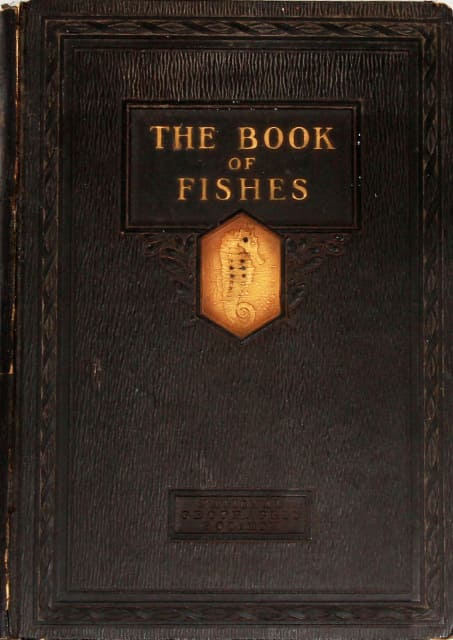 La Gorce, John Oliver. The Book of Fishes. National Geographic Society. 1924. Hardcover (no dust jacket—as issued) in good plus condition—the upper spine of the faux leather was detached from the boards, but it has been professional re-glued. Illustration by Hashime Murayama.

There were later editions of this gem from the National Geographic Society, but they were a step back. This gorgeous book has dark brown leather-like grain covers, embossed with gilded titles and seahorse medallion on the front cover. It includes beautiful color plates of ninety-two saltwater and freshwater species of fish found in the ocean shores, lakes, and rivers of North America. There are also many b & w illustrations, as well as text.

“So rich are American coastal waters, rivers, and bays in variety of fishes that to describe comprehensively every known species would necessitate a dozen encyclopedic volumes.”