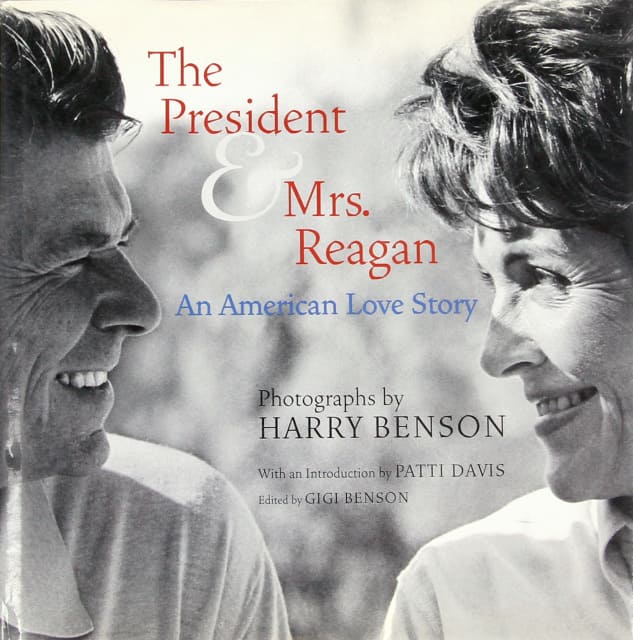 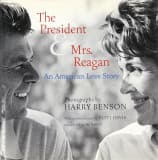 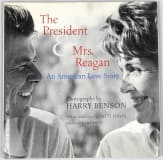 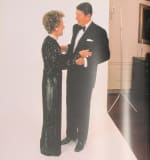 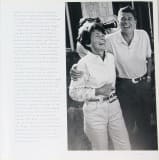 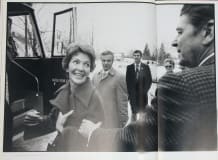 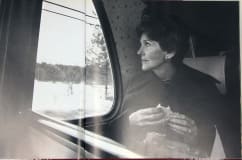 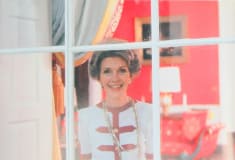 Harry Benson Photos of the Reagans, Signed to David Jones by Nancy Reagan

[Signed Presentation to David Jones by Nancy Reagan] The President & Mrs. Reagan, An American Love Story. First Edition. 2003. Book and dust jacket are both in very good condition. Book is warmly inscribed, “To my dear David, with much love and many fond memories, Nancy.” Photographs by Harry Benson. Introduction by Patti Davis. Edited by Gigi Benson.

The extraordinary partnership between Ronald and Nancy Reagan is well known and much discussed. As gifted an orator as the President was, could he have ever progressed from Hollywood star to leader of the free world absent Mrs. Reagan’s constant attention to detail? The photographer Harry Benson began covering their story during Regan’s run for California governor and continued doing so for four decades. His final images capture the Reagans during the early years of the former president’s affliction with Alzheimer’s Disease. Benson became a friend and as result, Mrs. Reagan, a perfectionist, came to trust him. His images of her reveal a fun-loving, relaxed side of her personality rarely captured by other photographers. This copy is signed to her great friend and longtime floral designer David Jones.

“Photographs afford us glimpses into other times, other people, other lives. And, if we look very closely, we might find parts of ourselves there as well.”