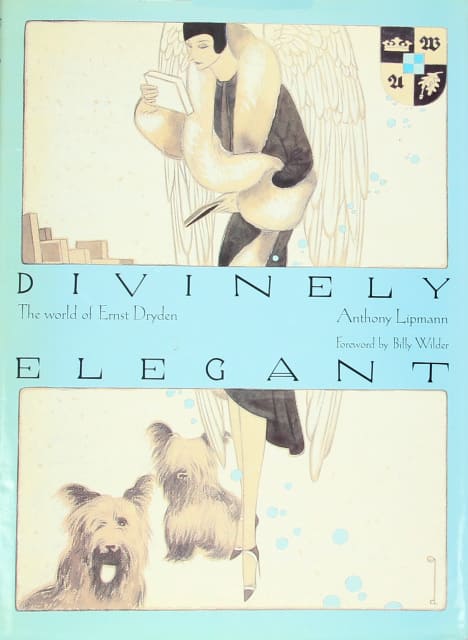 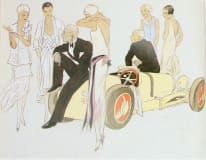 Ernst Dryden (pronounced “Dreeden”) is not as remembered as Cecil Beaton, but they had much in common. Both were elegant dressers who worked in various capacities for fashion magazines and film. Dryden was a fashion illustrator for the great Weimar era fashion magazine Die Dame before making his way west to Hollywood (with a brief stop in New York to design a clothing line for Saks). Much of the work in this attractive monograph had been lost for forty years when it was rescued by the author, just hours before it was to be thrown into the trash heap.

“The most striking aspect of [Dryden’s] work was its variety and volume. It consisted of over four thousand items, including photographs, tracings, sketches, finished gouache artworks, watercolor and pencil designs and many more ephemera.”