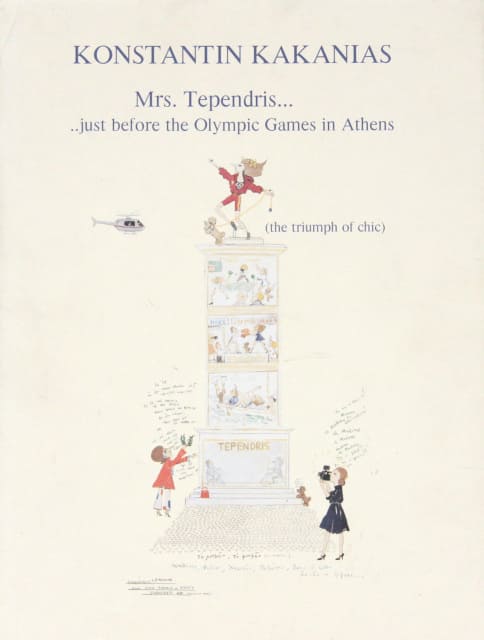 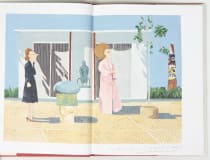 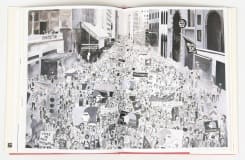 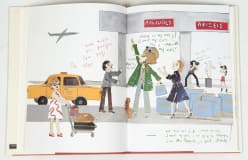 Mrs. Tependris Just Before the Olympic Games in Athens, Signed by Konstantin Kakanias

This artist’s book, commissioned by the General Secretary for the Athens Games, was distributed to VIPs and never available commercially. In it, the Los Angeles based Greek artist Konstantin Kakanias imagines his character Mrs. Tependris participating in both the ancient and modern version of the games. It is a marvelous book filled, with full-page and two-page-spread images in full color. There are many highlights, but NHL’s favorite is the two-page spread in which Mrs. Tependris imagines her triumphant victory party on 42nd Street in New York: “Chic is the Answer.” Indeed it is. Divine.

“Suddenly, between tears of humiliation and frustration (with mascara), small but elegant cries of exhaustion, and her hunger for a non-fat existence, [Mrs. Tependris] turned her eyes to the well-sealed window and saw on the distant hills, the sacred treasure of the West Coast, the magnificent monument of fame, the Hollywood sign. The sublime proportions, the accidental grace, the harmony with the landscape …”