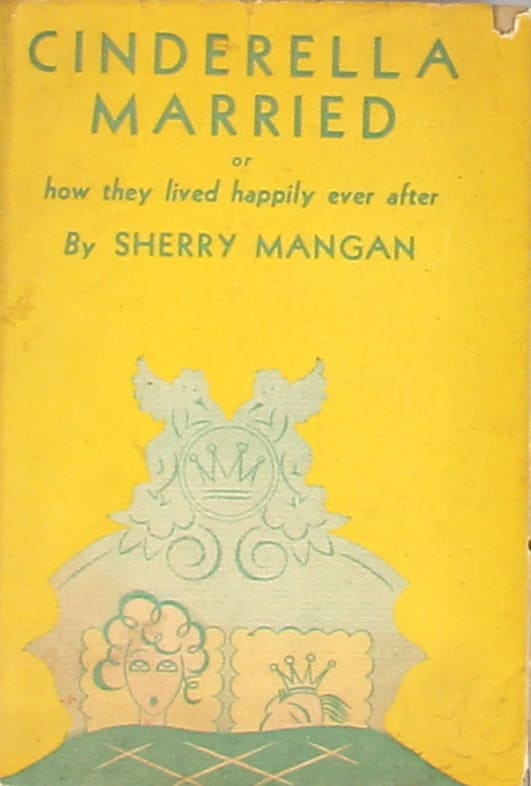 Cinderella Married, Or How They Lived Happily Ever After (1932)

Mangan, Sherry. Cinderella Married, Or How They Lived Happily Ever After, A Divertissement. First Edition. 1932. Book is in very good condition; dust jacket is in very good minus condition—there is an attractive third party gift inscription dated 1932 and page edges show foxing; jacket shows age discoloration to the spine and minor chipping.

One need only to look to a modern fairy tale—the marriage of Lady Diana to Charles, Prince of Wales—to understand that “happily ever after” is where the real drama begins, not ends. This fanciful novel takes the story of Cinderella into the 20th Century, imagining the challenges Prince Charming and his rags-to-riches bride endure after they married. Their problems include the embarrassment of her over-dressed and ill-mannered stepsisters at court functions, a cheeky fairy godmother who refuses to fade into the woodwork, and a “chinless wonder” Prince who is perhaps not as charming as his moniker suggested he would be. Rare in dust jacket.

​“Essentially it is only because Cinderella is a pretty little girl who thinks the moon is made of green cheese and the world for love and happiness, that she is so perfect a subject.”