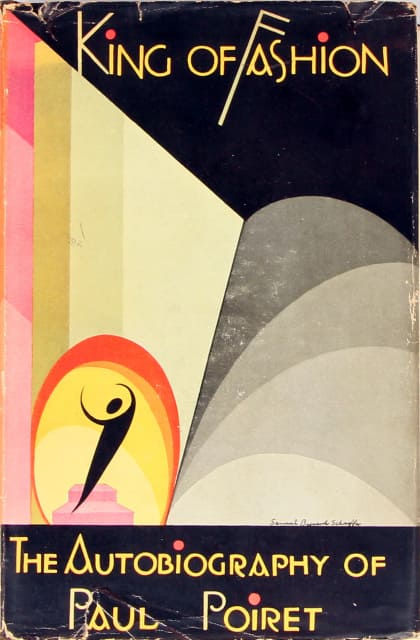 King of Fashion, The Autobiography of Paul Poiret

Paul Poiret was not only a fashion designer; he was a man of ideas. In this hefty autobiography, he recalls the early decades of the 20th Century in which his innovations made him the ruler of Paris fashion, and artistic and cultural reasons why that was so. His reign had ended by the time of this book, and he writes movingly and with approval about the ephemeral nature of fashion, and how the victory of one revolution carries within it the spark that will be its own undoing. He also recounts his American lecture tour, offering some harsh criticism for his host country that he saw overvaluing commerce at the expense of art.

“Fashion to-day needs a new master. It has need of a tyrant to castigate it, and liberate it from its scruples. He who shall render it this service will be loved, and will become rich.”