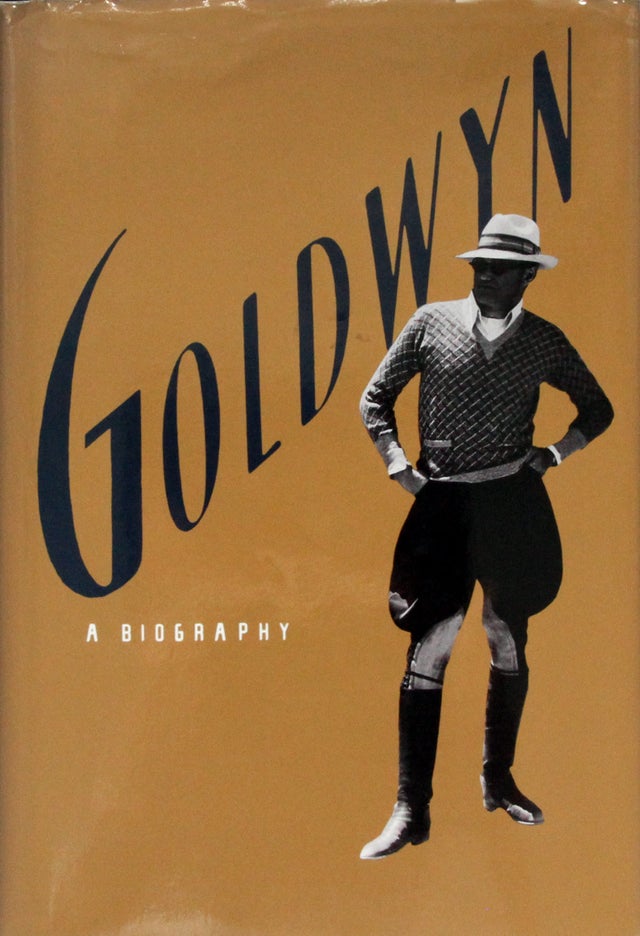 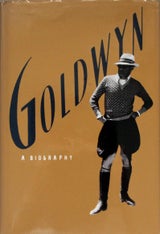 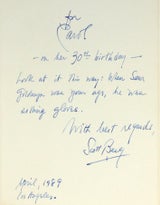 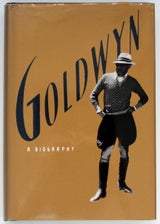 Goldwyn, A Biography with Amusing Inscription by A. Scott Berg

[Signed] Berg, A. Scott. Goldwyn, A Biography. First Edition. 1989. Book and dust jacket are both in very good condition. Book is warmly inscribed, “For Carol – on her 30th birthday – Look at it this way! When Sam Goldwyn was your age, he was selling gloves. With best regards, Scott Berg, April, 1989, Los Angeles.”

To make it as a Golden Age Hollywood mogul required a split personality. It took a sensitivity so fine it enabled one remained a step ahead of the fickle, evolving tastes of the American public. Conversely, one had to have the ability turn off that sensitivity so as to be comfortable committing acts of utter ruthlessness. It is this unusual combination of traits that made Hollywood’s founding fathers fascinating characters. Even so, one of them towered over the others: the Samuel Goldwyn. It was not that he lacked the ability to go for the jugular; it is that he never lost sight of his humanity or his sense of humor in the process. Of all of them, only he was lovable. How fortunate for him (and us) that the young and talented Scott Berg, then on his way to becoming one of America’s best biographers, was given unrestricted access to the Goldwyn archive. Goldwyn’s nuances and contradictions would have been lost with a less capable biographer. Berg’s amusing inscription in this copy refers to how the young, immigrant mogul made his first fortune—as a glove salesman, and it is important to his story. To escape the fatally high import duties for the gloves he imported from Europe, Goldwyn cleverly sent all left-handed gloves to one US port and their right-handed mates to another, abandoned them, and then repurchased them cheaply at auction. (Three cheers for American ingenuity.)

“God makes stars. It’s up to producers to find them.”