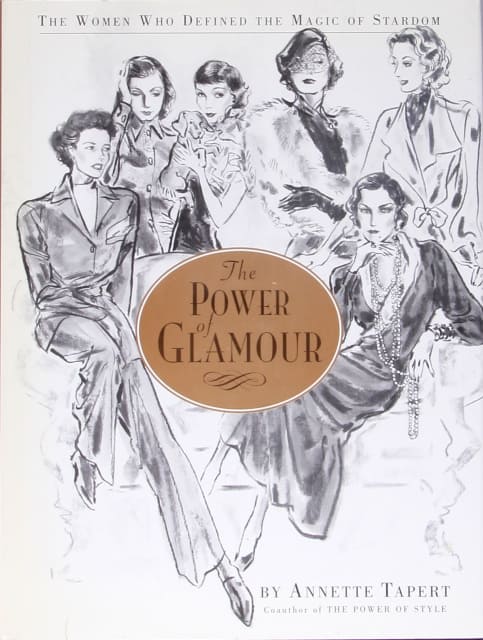 The Power of Glamour, The Women Who Defined the Magic of Stardom

Tapert, Annette. The Power of Glamour, The Women Who Defined the Magic of Stardom. Second Printing. 1998. Book and dust jacket are both in very good condition.

To get some sense of what this book is about, one need only look to whom was excluded—most particularly Bette Davis. While Davis was an extraordinary actress and a box office champion, she was not a style icon like her contemporaries that are profiled, such as Marlene Dietrich, Greta Garbo, and Joan Crawford. Filled with gorgeous vintage photographs, this book is a great study on what it once meant to be a Hollywood film star, and more importantly, on what those film stars meant to the world. Others profiled include Gloria Swanson, Norma Shearer, Carole Lombard, Kay Francis, Dolores Del Rio, Constance Bennett, Claudette Colbert, and Katharine Hepburn.

“Even those who don’t know that much about Hollywood will protest that Katharine Hepburn and Greta Garbo [should not be included]. Theirs was a casual, mannish, anti-glamour look. But that anti-glamour approach had such enormous power that it created a kind of reverse glamour.”