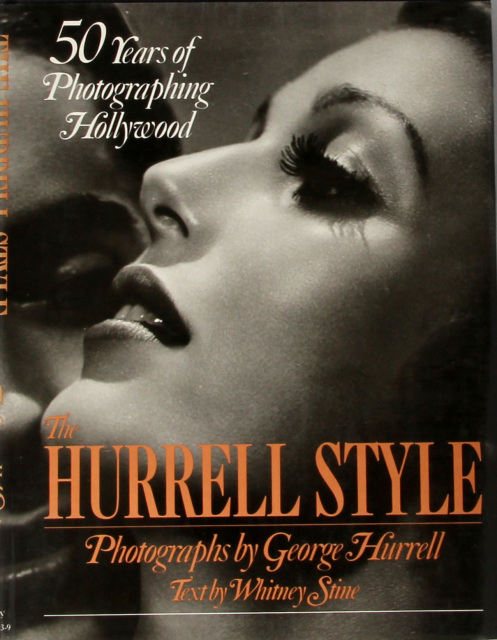 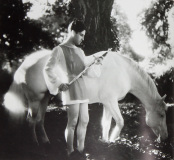 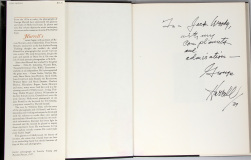 George Hurrell proclaimed that glamour is more than smoke and mirrors. It is also well placed lighting. He should know—he was the court photographer who put the gild on Hollywood in its golden age. This monograph presents his iconic work. Accompanying the images are Hurrell’s retrospective comments on the technical and interpersonal aspects of the photoshoots. Subjects include Norma Shearer (who discovered him), Joan Crawford, Jean Harlow, Rosalind Russell, Gary Cooper, et al. This copy is signed to Jack Woody, the son of actress Helen Twelvetrees.

“I had a feeling that my whole career depended upon the [Norma] Shearer photographs, and, as it turned out, I was right.”