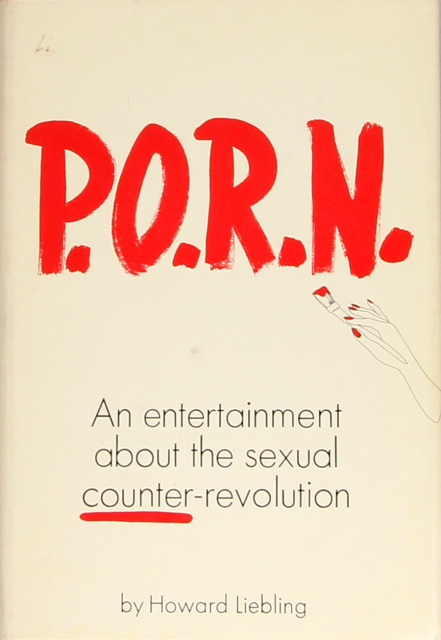 EX LIBRIS/GEORGE CUKOR. Liebling, Howard. P.O.R.N., An Entertainment About the Sexual Counter-Revolution. First Edition. 1970. Book and dust jacket are both in very good minus condition. This copy is ex libris the film director George Cukor. His famous Paul Landacre-designed bookplate is attached the front endpaper. Someone (possibly Cukor?) has stricken through an adjective describing Aristotle Onassis and replaced it with an expletive (page 5).

This farce by a movie studio executive was both a sign of its times and a foreshadowing of our own. It is a story of mother and daughter on either side of the Sexual Revolution. The daughter poses nude for a girlie magazine to further her film career. Her outraged mother forms an organization to put a stop to such filth. A maelstrom ensues, as faux outrage from both sides transforms publicity into profits for all.

“I think I should explain that my dad was killed in an airplane crash and left Mom with $75,000 insurance. I don’t think she’ll ever forgive him for not taking out the maximum [policy].”