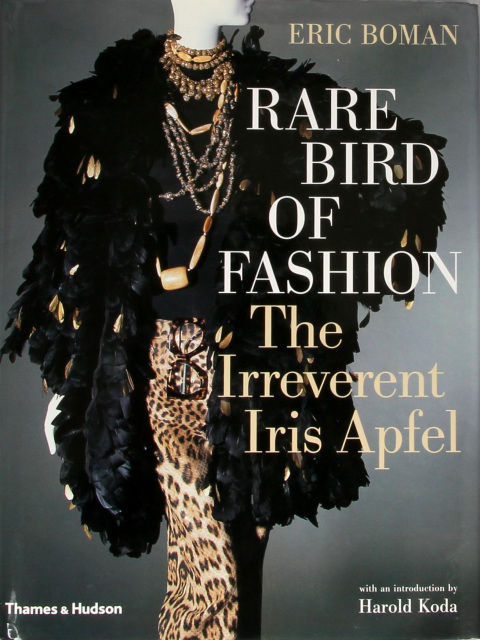 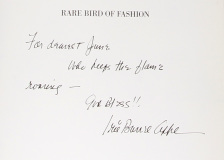 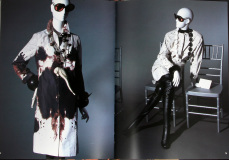 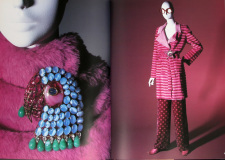 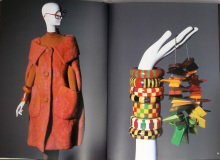 [Signed by Iris Apfel] Boman, Eric. Rare Bird of Fashion, The Irreverent Iris Apfel. First Edition. 2007. Book and dust jacket are both in very good condition. It is inscribed on the half title page, “For dearest June, who keeps the flame roaring—God Bless!! Iris Barrel Apfel.” Introduction by Harold Korda and autobiographical text by Iris Apfel.

Iris Apfel will go down in history as the eclectic nonagenarian with the oversized glasses. This delightful book digs deeper. It is an invaluable primer for the next generation of Iris Apfels. It consists of photographs by Eric Boman featured in the Met Costume Institute’s 2005 exhibition “Rara Avis: Selections from the Iris Apfel Collection.” There is also autobiographical text by Iris Apfel supplemented with her snapshots, in which she expresses her philosophy on style and its relationship to originality and character. Says Apfel, “Most people say take one off: I say add one on.”

“It’s always best to be yourself. For me, it’s a tough balancing act. You have to care deeply and at the same time not give a damn. True style implies attitude, attitude, attitude. It’s elusive, exclusive, ephemeral: therein lies its magic.”