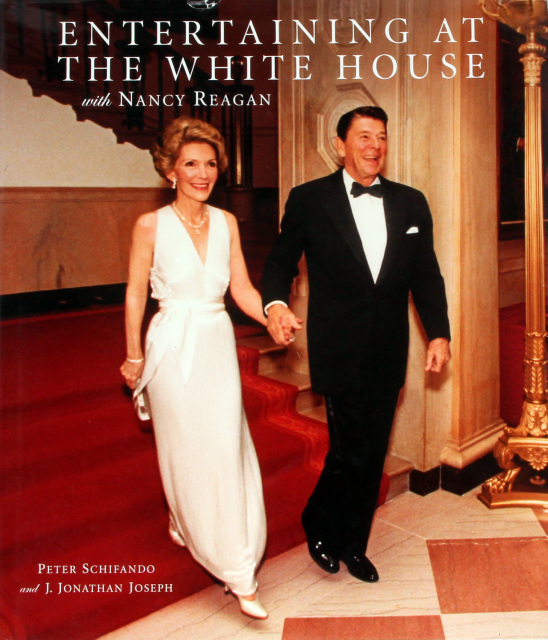 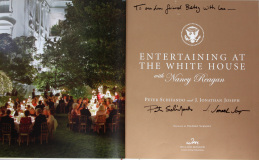 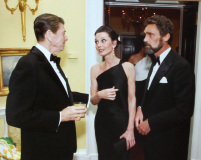 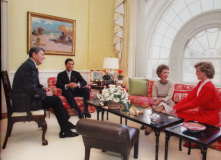 Entertaining at the White House with Nancy Reagan, Signed to Betsy Bloomingdale

Though their husbands were of different political parties, Nancy Reagan, like Jacqueline Kennedy, brought both a sense of history and glamour to state dinners. This image-filled book focuses on the Reagans but also covers past administrations. Given Bloomingdale’s friendship with Mrs. Reagan and her frequent appearances at White House functions, this is a great association copy. And, as one would expect, there is a super glamorous photograph of Bloomingdale in the book—she is speaking with the President (in the background of the shot are Mrs. Reagan and Diana, Princess of Wales).

“I believe that all presidents feel isolated at one time or another. So if you can’t go out into the world as much as you’d like, it’s important to bring the world to you.”