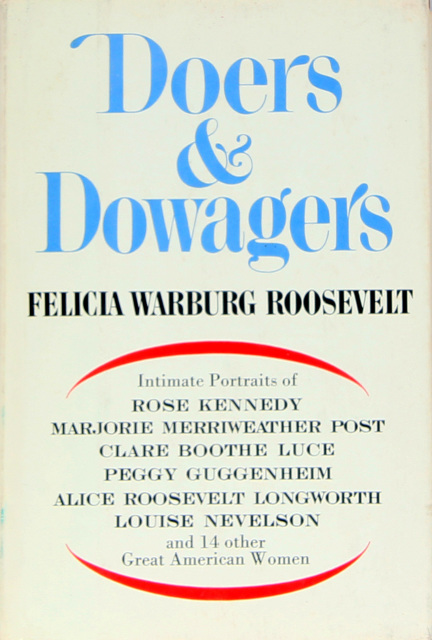 In the age of social media, the rich and celebrated often share (and overshare) the details of their lives. That was not the case in the mid-20th Century. Those of note, such as the grand dames and career women interviewed for this book, shunned journalists. They spoke to this author because she was one of their own (an heiress of the New York banking family who was married to a son of Franklin Roosevelt). As such, she preserved for posterity much that would have otherwise been lost (there are aphorisms that even the almighty Google cannot locate elsewhere). Subjects include Elsie Woodward (enjoying the freedom given to her by widowhood) Rose Kennedy (doing her best to be hip to connect with her grandchildren), Alice Roosevelt Longworth (expressing her dislike for the author’s mother-in-law Eleanor Roosevelt), Claire Boothe Luce (contemplating the dark side of ambition), and Mary Peabody (marching in the South for civil rights and landing in jail).