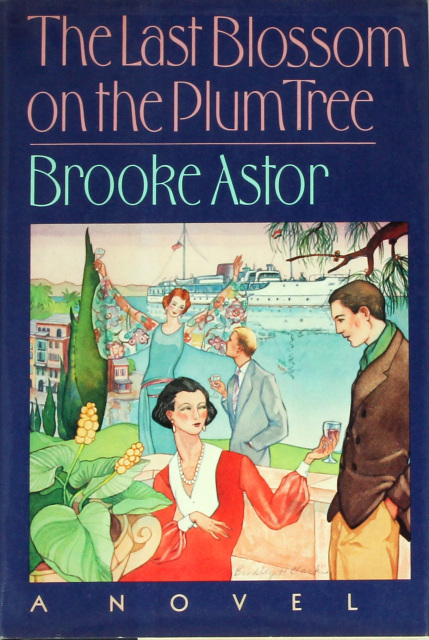 The Last Blossom on the Plum Tree, Uniquely Signed by Brooke Astor

One of two novels written by the grande dame of New York society, the action takes place when “Hoover [was] in the White House” and “Josephine Baker [was] in the Cotton Club.” The protagonists are two widows with one last chance at love before the Great Depression. One of them seems based upon Brooke herself—her character’s husband is reminiscent of Astor’s emotionally distant third husband, Vincent. Note: on the hundred anniversary of the Statue of Liberty, the best place to be was in New York Harbor for the fireworks display and commemoration ceremony, and the best ship on which to be was Malcolm Forbes recently launched state-of-the-art yacht, The Highlander. Brooke Astor was one of a select group of VIPs on board, as evidenced by both this inscription and the archives of newspapers that covered the event (the New York Times and the Washington Post, to name two).