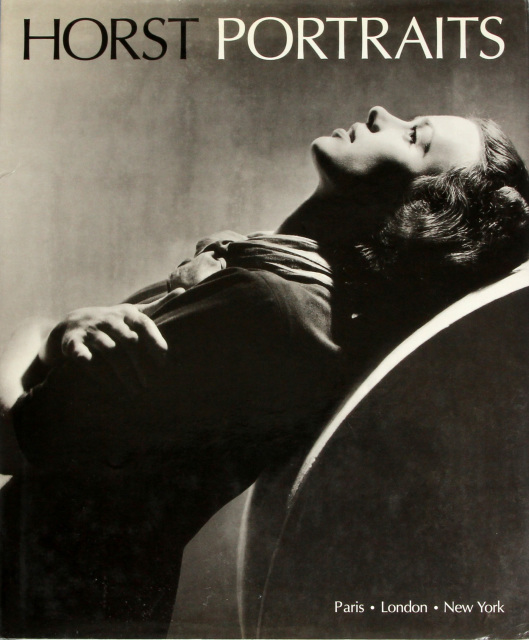 This was the book for the Horst P. Horst retrospective held by the National Portrait Gallery in Washington, D.C. It takes a mostly chronological path, following Horst through his early work in Europe to his move to America (which, due to World War II, became permanent). The images are nearly all full-page plates, one hundred fifty in duotone and twenty in full color. Many of the subjects have since become well-remembered icons and among those that are not, some should be. They include: Horst’s rival Cecil Beaton, Coco Chanel, Katharine Hepburn, Gloria Vanderbilt, the Duchess of Windsor, Marlene Dietrich, Jacqueline Kennedy Onassis, Lee Radziwill, and many others.