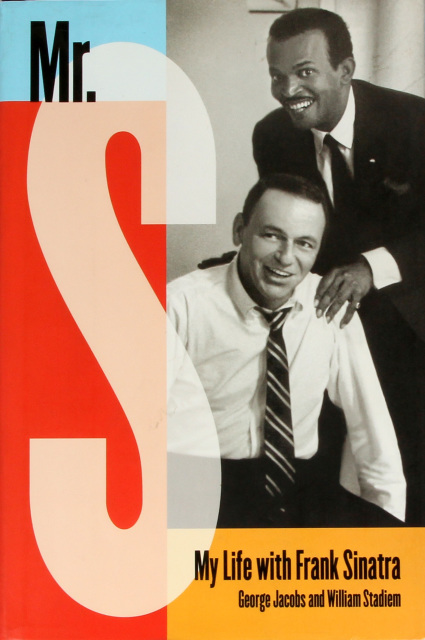 [Signed Presentation] Jacobs, George. Mr. S, My Life with Frank Sinatra. Seventh Printing. 2003. Book and dust jacket are both in very good condition. This copy is signed to Mike Taylor, Sinatra’s favorite Palm Springs/Rancho Mirage bartender. It is warmly inscribed, “To my good friend Mike. Best of luck, George.” Taylor’s ownership signature is on the flyleaf. Co-written with William Stadiem.

One the charms of this memoir from Frank Sinatra’s butler/paid companion is that it is written in the Rat Pack lingo of the era in which Jacobs worked for Sinatra—1953 to 1968. Another is that it is easy to understand why Sinatra valued Jacobs’s company. He was a shrewd judge of character whose observations add nuance and insight into not only Sinatra but those in Sinatra’s orbit, which was pretty much everyone: Marilyn Monroe, John F. Kennedy, Ava Gardner, Humphrey Bogart, Lauren Bacall, Mia Farrow, et al. The book is nearly impossible to put down—it is as well-paced as novel, as Jacobs recounts how Sinatra poached him from Swifty Lazar (another fascinating personality) just as From Here to Eternity resurrected Sinatra’s moribund career and propelled him to new heights as the world’s highest paid entertainer.

“… one of the few times I ever saw [Frank Sinatra] cry was when Martin Luther King Jr. was killed. (He did not shed a tear for Bobby Kennedy, but that’s another story.)”