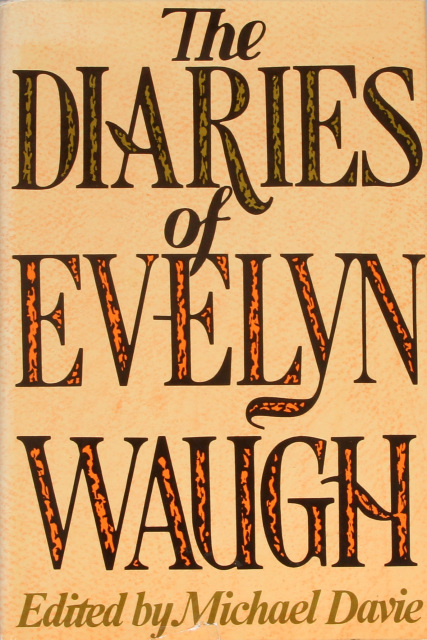 Evelyn Waugh kept a diary nearly his entire life, which explains this volume’s eight hundred pages. It is easy to understand why it was in the library of John Julius. His mother, Lady Diana Cooper, was one of Evelyn Waugh’s closest friends. They met when Waugh was in his early twenties at a dinner party hosted by Lady Emerald Cunard. Her recognized her as delightfully eccentric. She became a muse and was the basis for the Mrs. Stich character in his 1938 novel, Scoop. Diana makes frequent appearances in his diaries. Less frequently, so does her son John Julius, to whom this copy belonged.

“Visited Diana in the morning. Found her in John Julius’s dressing-room. Susan Mary (‘I am wearing this red hat because Diana has a thing about mourning. I have a black one downstairs.)’”