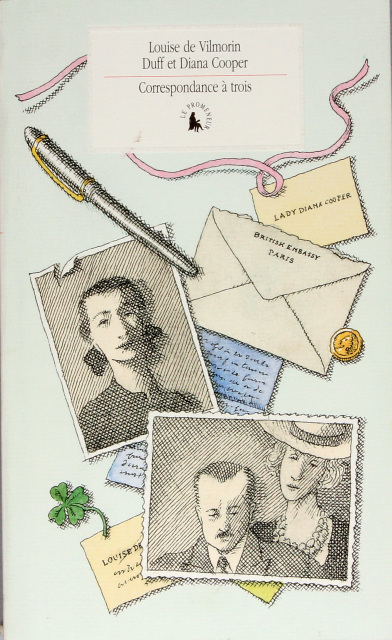 Duff Cooper, though happily married, conducted affairs with some of the most remarkable women of the 20th Century. His wife, Lady Diana Cooper, not only accepted it, she frequently became close with her husband’s mistresses, prompting the Duchess of Windsor to quip that she would “never have an affair with Duff because it would mean having Diana hanging around the whole time being nice to her.” One of those women with whom Duff had an affair was French writer Louise de Vilmorin. Her romantic entanglement ignited a lifelong friendship with both Duff and Diana and their correspondence spans a fascinating time—the World War II era and its aftermath, when Cooper was the British ambassador to France.

“Notwithstanding the suggestive title and Louise’s crack (‘I had Duff, I had Diana, but never together’), the book’s compiler says there is no proof the two women carried through on what Vilmorin grimly termed ‘la chose.’”