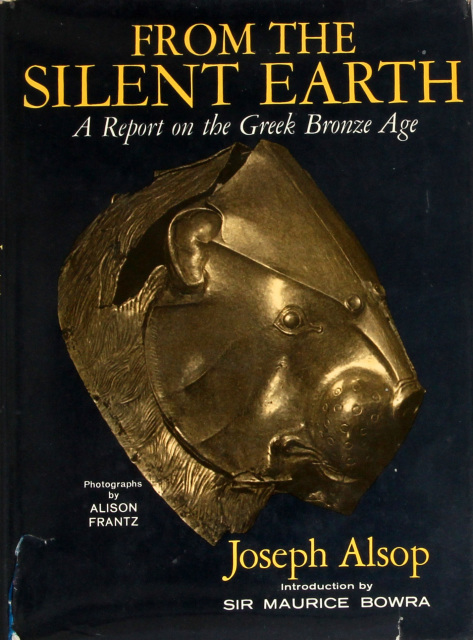 From the Silent Earth, The Greek Bronze Age, Signed by Joe Alsop to Lady Diana Cooper

Lady Diana Cooper was a dear friend of Joseph Alsop’s wife Susan Mary, which explains the inscription in this book (that was evidently passed down to Lady Diana’s son John Julius). Quite irrationally, we think of history as paved in stone. It is not. In fact, sometimes only by excavating stone (and earth) do we come closer to understanding the past. It was not until the excavations of Heinrich Schliemann in the late 19th Century that we began to accept that Homeric legend was based upon fact. In this book, Alsop chronicles the archeological discoveries that overturned conventional history. He uses the information gleaned from them to construct a fascinating (albeit conjectural) narrative about the Greek and Minoan kingdoms that flourished three thousand years ago.

“Modern historians, who pride themselves on being scientific, have all the scientists’ suspicion of the unproven and the traditional; and this is often a mistake.”