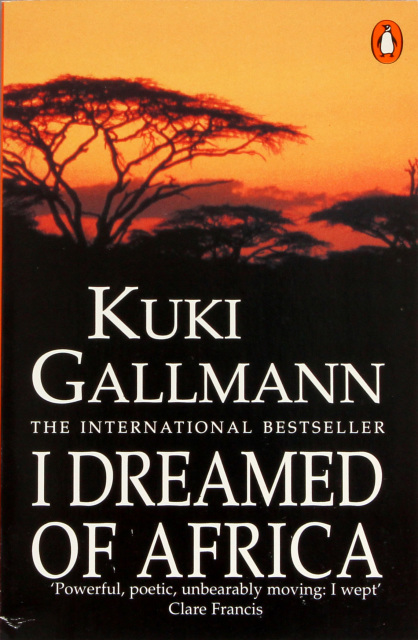 [Ex Libris Kim Basinger, Who Portrayed the Author in the Film Adaptation] Gallmann, Kuki. I Dreamed of Africa. Softcover. 1991. Book is in very good condition. Kim Basinger’s ownership signature is on the title page.

Kuki Gallmann—a latter day Isak Dinesen—was back in the news this summer when the septuagenarian was shot by insurrectionists seeking to drive her from her magnificent ranch in Kenya. She survived two gunshot wounds and is defiantly resolved to remain on her land. No stranger to adversity, the Venetian aristocrat first arrived in Kenya in the seventies with her husband who died a decade later in car crash (while she was pregnant with their daughter). Tragedy struck again when her teenage son was bitten by a poisonous snake and died. Her story became a best-selling book and then a film, starring Kim Basinger in the title role.

“If fortune had for a time deserted me, my spirit, however, never failed me. It is really our last resort, our spirit.”