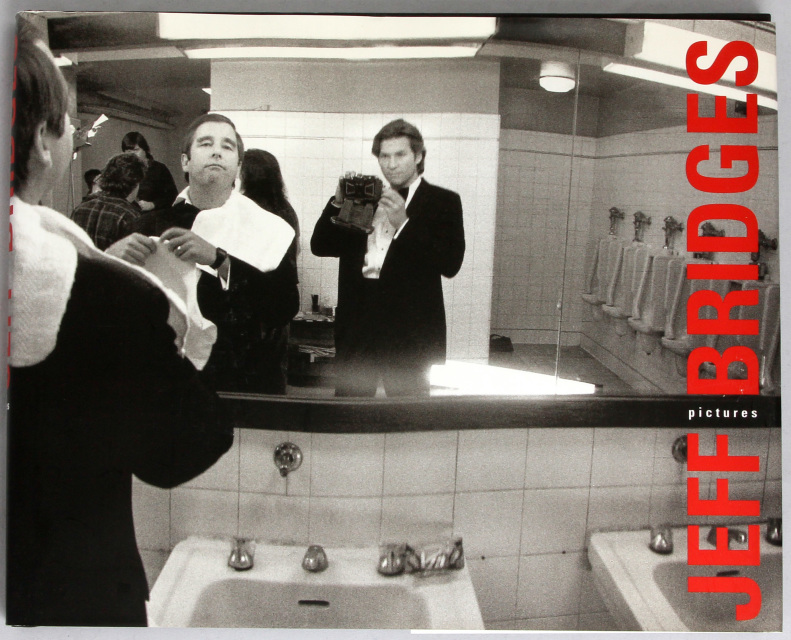 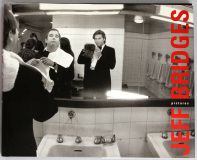 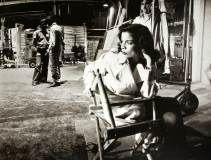 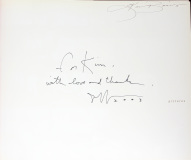 [Signed to Kim Basinger] Bridges, Jeff. Jeff Bridges, Pictures. First Edition. 2003. Book is inscribed on the half title page, “For Kim, with love and thanks, Jeff Bridges, 2003.” Kim Basinger’s ownership signature is on the same page. Foreword by Peter Bogdanovich.

Jeff Bridges has been taking behind-the-scenes photographs of his movies since the mid-seventies with a Widelux camera. His practice was to compile the photos into books and give them as gifts to the cast and crew at the end of a shoot. Those images are compiled in this book, starring some of Hollywood’s biggest names, including Barbra Streisand, Michelle Pfeiffer, Tommy Lee Jones, and Lauren Bacall. He never goes for the obvious—his shots are inventive and sometimes Surrealistic—to wit, the cover shot from the set of The Fabulous Baker Boys, in which he poses for a mirror selfie with his lookalike brother Beau, his co-star in that film. He starred with Kim Basinger in The Door on the Floor, which was being filmed when this book went to press.

“The Widelux is a fickle mistress; its viewfinder isn’t accurate, and there’s no manual focus, so it has an arbitrariness to it, a capricious quality. I like that. It is something I aspire to in all my work—a lack of preciousness that makes things more human and honest, a willingness to receive what’s there in the moment, and to let go of the result.”