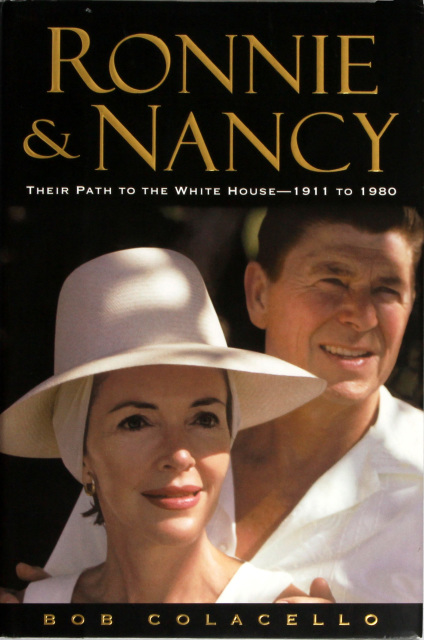 [Signed Presentation to Aileen Mehle] Colacello, Bob. Ronnie & Nancy, Their Path to White House, 1911 to 1980. First Edition. 2004. Book is warmly inscribed to the gossip columnist known as “Suzy,” “To Aileen—who saw it all—with great admiration and much affection, Bob Colacello.”

Love or hate the 1980s, this is one of the important books on understanding how they came to be. Both of the Reagans were fascinating, original characters, and they combined to form one of the most cohesive and successful units in American political history. Of course, she adored him. But, that is not to say that she lacked strength. Moreover, her origins will surprise those who only know Nancy Reagan as the puritanical First Lady behind the “Just say no to drugs” campaign. This is a fascinating book, as readable as good fiction. And, as Bob Colacello wrote in his inscription, the influential gossip columnist Suzy was there, not only watching it all unfold, but at times, even pushing the story along.

“One of the advantages of taking a social approach in writing about the Reagans is that it highlights Nancy Reagan’s role—the importance of which cannot be overemphasized—in Ronald Reagan’s political career.”