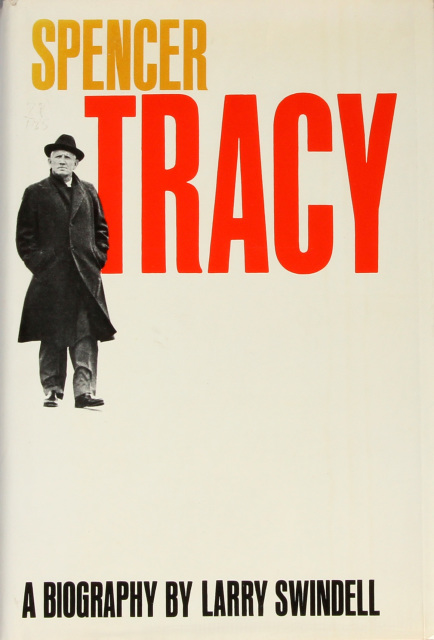 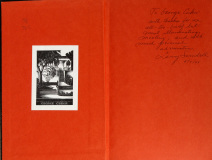 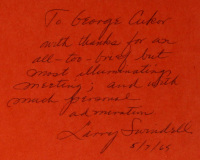 Spencer Tracy, Signed to George Cukor with His Bookplate

[Signed to George Cukor] Swindell, Larry. Spencer Tracy. First Edition. 1969. Book and dust jacket are both in very good condition. Book is inscribed on the flyleaf, “For George Cukor, with thanks for an all-too-brief but most illuminating meeting; and with much personal admiration, Larry Swindell, 5/7/65.” George Cukor’s famous Paul Landacre-designed bookplate is attached to the front endpaper.

What a great copy of this personal and professional biography of Spencer Tracy, one of the legendary MGM stars. Its previous owner was George Cukor who had both a personal and professional relationship with the actor. Tracy, who was long-separated from his wife, lived in one of the guest houses on George Cukor’s Sunset Strip estate, which is also where Katharine Hepburn often stayed when she was in residence on the West Coast. Professionally, Cukor directed Tracy (and also Hepburn) in classic films, such as Adam’s Rib. As such, it is not surprising that Cukor is mentioned in the text and was contacted by the author during research for the book.

“Adam’s Rib, which was M-G-M’s 1949 Christmas release, turned out to be a classic. Never had Tracy and Hepburn been better.”